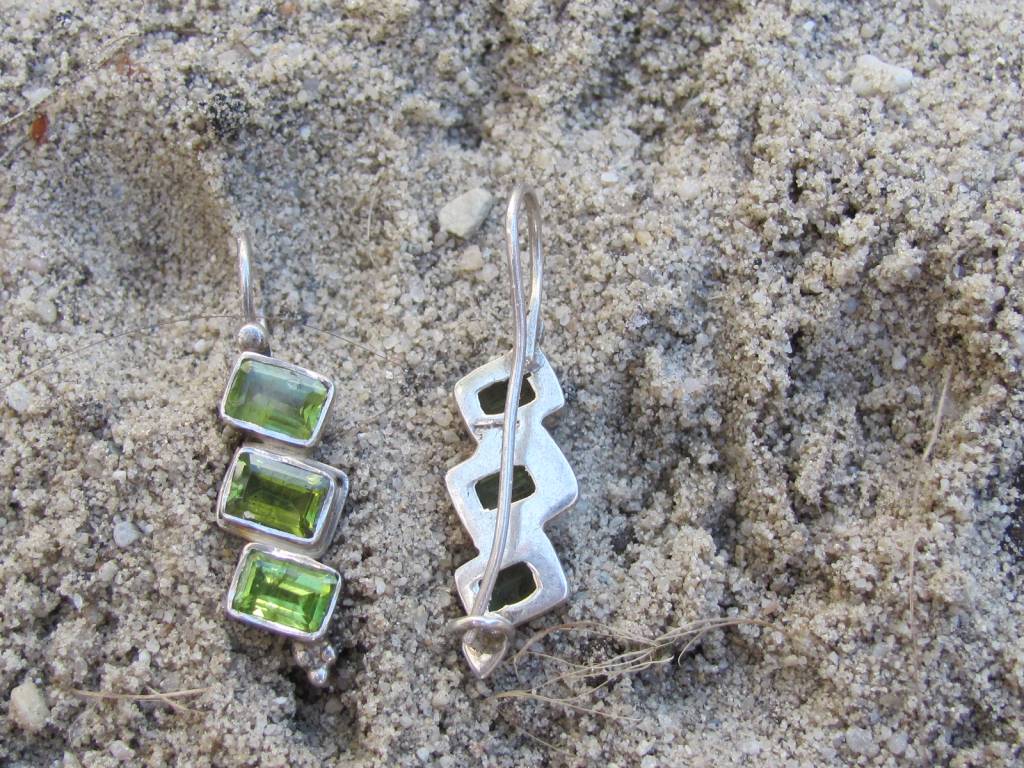 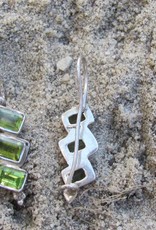 Silver earring with three peridot stones . Totally handmade, even the stones are handcut. made in Jaipur India by a master craftsman in a workshop with great working conditions. Dormeuse model. Total length earring 3.5 cm.

Jaipur is  traditionally the stone and silver capitol of India. In the little backstreets of the old city you can still see many little workshop producing the exquisite jewels with  the minimum of equipment in age old tradition passed from father to son.  Other little workshops produced the handcut stones  and were mostly owned by muslims.

These days most jewelry is produced in Sitapura in a large factory setting. These factories are all under strict government scrutiny and the living standard and conditions for the workers is much better now than it ever was.

Stones are imported in bulk from China, where they are cut and polished by workers in less than celubrious surroundings and this is detrimental to the lot of the muslim stone cutters of Jaipur, who are massively unemployed now. We try to only use locally cut stones, but because the Chinees have invested heavily in the world wide stone mining industry it is getting more and more difficult to  find some sorts of stone. 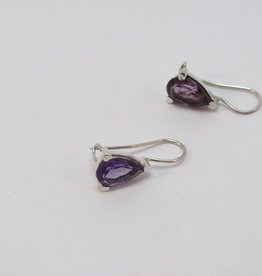 Dormeuse made from 925 silver with hand facet cut amethyst. Made for you in Jaipur India by a master craftsman. 1 x 2 cm
Add to cart
Earring silver with amethyst
€27,00 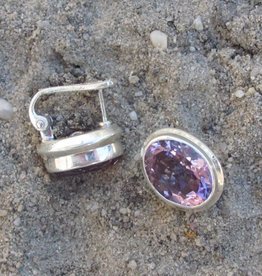 Beautiful "dormeuze" earring de quality of the amethyst stones is supendous!!! Made by hand with love in Jaipur India by a mastercraftsman.
Add to cart
Earring silver with facet cut amethyst
€76,00 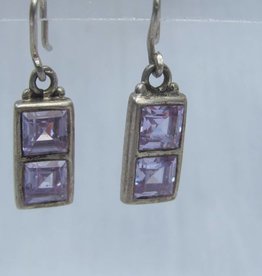 Silver earring with two square facet-cut amethysts that are cut by hand. Made in Jaipur India by a master silversmith with good working conditions. Measures: 1,5 x 0,8 cm (not counting the hook).
Add to cart
Earring silver with amethyst
€35,00
By using our website, you agree to the usage of cookies to help us make this website better. Hide this message More on cookies »